Did you purchase, lease or finance a diesel Volkswagen, Audi, SEAT or Skoda motor vehicle, manufactured between 1st January 2008 and 1st January 2016?

If so, it's not too late to make a no-win no-fee claim.

TIME LEFT TO START YOUR CLAIM

Up to one million people could still be eligible to claim an estimated £5,000 in compensation based on settlements in other countries.

The Volkswagen Group breached emissions regulations by fitting a defeat device into 1.2 million vehicles in the UK. Nitrogen Oxide (NOx) emissions from the affected vehicles exceeded the permitted limit.

If you had an affected vehicle we believe that you are a victim of deceit.

It's time to claim the compensation you deserve whilst also sending a powerful message to manufacturers that they must do better.

Our claims process is clear, simple and unique and a dedicated member of our legal team will keep you informed every step of the way.

No Win No Fee

If you don’t win, you don’t pay any legal fees or expenses.

Diesel emissions contain Nitrogen Oxides which are harmful to your health and detrimental to air quality.

Take a stand against emissions with us.

There is still time to claim

Existing claimants in England and Wales have had an initial victory at court, but it's not too late. You should sign up to make your claim by February 28th 2021.

With roots dating back to 1838, LGWP Law is a division of Cardiff based solicitors LG Williams & Prichard, one of the oldest law firms in South Wales.

Mercedes owners, you can now register for our new Mercedes emissions claim

One million people are yet to make a claim. If you don’t file a formal claim, you will lose the right to do so. We offer a clear, simple and unique process on a no win no fee basis 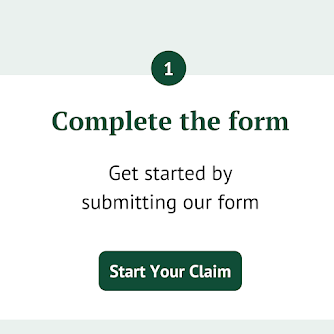 Legal proceedings are underway– there is time, but act soon.

"It is a pleasure to work with the team who have an excellent practical and professional approach to dealing with client requirements and expectations."

The LGWP Law claims team is overseen by Philip Evans, a Director of the firm. Philip qualified in 1976 and has been a Partner/Director in LG Williams and Prichard since 1982. Philip specialises in debt recovery, insolvency and litigation. He is also the Under Sheriff of Glamorgan and a High Court Enforcement Officer.

Associate Solicitor Kayleigh Hayes qualified in 2017 and has been with LG Williams and Prichard since 2014 during which time she has gained experience in various departments before specialising in litigation matters.

Associate Chartered Legal Executive Michael Spees qualified in 2016 and recently joined LG Williams and Prichard. He has over 10 years’ worth of litigation experience, encompassing volume and group claims.

What is a group claim/class action?

Will I have to give evidence in court?

I thought it was too late to make a claim – why can I still do this with LGWP Law?

Whereas other law firms have closed their intake, LGWP Law recognise that many people did not realise they were affected or forgot to make a claim. Therefore, we have kept our intake open to ensure that everyone affected has the opportunity to make a claim.

I'm sure the deadline has passed for this claim. Why can I still claim with LGWP Law?

You’re right in that a deadline set for joining the Group Litigation has already passed, but you are still able to make a claim before the statute of limitations expires.

The time permitted during which a claim may be brought is defined by the law, specifically the “statute of limitations” which varies for each particular type of claim. The VW NOx Emissions Group Litigation raises several claims, some based on contract law, others based on breach of statutory duty (failure to comply with emissions regulations) and tort (deceit). The statute of limitations is thought to end for the claims with the longest statute of limitations in or around September 2021, six years after the VW defeat device software became publicly known in England and Wales. It should be assumed that claims should be filed no later than September 2021 to be timely.

How do I know if my vehicle is eligible to make a claim?

What if I no longer own the vehicle?

Even if you no longer own the vehicle, you may still have a claim. Our claims process provides helpful guidance on how to find the information required to progress your claim.

Can I make a claim if I used to lease the vehicle rather than own it?

Yes, both owners and lessees of the affected vehicles can make a claim. Our claims process provides helpful guidance on how to find the information required to progress your claim.

How long do I have to submit a claim, what’s the deadline?

You should sign up to make your claim by February 28th 2021.

I don’t want to claim online – can you help?

How long does the claims process take?

It’s difficult to estimate an end date because things are subject to change, but we will do our best to have a resolution as soon as possible.

How will I know if my claim has been successful?

We will keep you updated every step of the way. As soon as we have any new information relating to your claim, we will be in touch to explain and discuss this with you.

How much compensation can I expect to get?

The amount of compensation will likely depend upon the make, model and year of manufacture of your car.

How much will I pay if my claim is unsuccessful?

Your claim will be processed on a no win no fee basis and will not cost you anything unless it is successful.

How much will I pay if my claim is successful?

If we are unable to settle your claim with the Volkswagen Group and it is necessary to issue proceedings, we will limit our legal fees to 30% plus VAT of the compensation received, to reflect the additional works involved.

If we are able to settle your claim with the Volkswagen Group without having to issue proceedings, then we will limit our legal fees to 20% plus VAT of the settlement sum.

If I accepted the Volkswagen Group’s offer to fix my affected vehicle, am I still eligible to claim?

Yes, claimants who have had the fix applied may also claim compensation for additional fuel consumption and extra maintenance costs.

I understand the Volkswagen Group have said there are no grounds for UK customers to make a claim for compensation, so is it worth me submitting a claim?

Yes, as demonstrated by settlements having been reached in other countries such as the USA, Australia, Canada, and Germany, we believe that you are entitled to compensation for the Volkswagen emissions scandal.

Why have the Volkswagen Group customers affected in USA, Australia and Germany already received compensation but we haven’t in the UK?

Simply, the American, Australian and German courts do not have jurisdiction within England and Wales. The Court of England and Wales must determine all legal issues independently. The Volkswagen Group disputes liability, therefore, it is for the Court to decide the issues.

LGWP Law make it simple and quick for you to start and progress your claim, keeping you informed every step of the way.

We believe clean air is vital. We enable claimants to send a powerful message to
manufacturers that excessive pollution is unacceptable.

You should sign up to make your claim by February 28th 2021.

LGWP Law is a trading name of LGWP Limited (Company Number 10730073)
Registered in England & Wales at 22 St Andrews Crescent Cardiff CF10 3DD
LGWP Limited is authorised and regulated by the Solicitors Regulation Authority number 638758
A list of Directors is open to inspection at our offices.